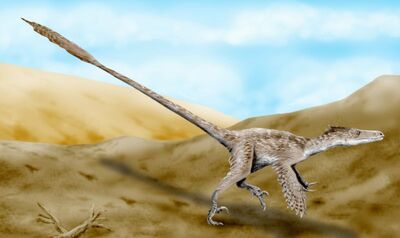 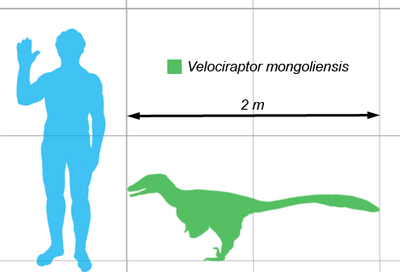 The Velociraptor is a feathered Cretaceous dinosaur (though it is feathered, it is still classified as a reptile) that can grow up to be 2.07 meters long. Their bones posess quill knobs, which means they had feathers. Even if a dinosaur doesn't have quill knobs, that doesn't mean it didn't have feathers. However, if it does have them, they definetely did. The feathers were probably for warmth, not flight. Velociraptors have unique upturned snouts, were probably very intellegent, were probably very quick and agile due to their agile appearance, probably hunted in packs, and were carnivorous.

A species identifired as Velociraptor played a major role in all three Jurassic Park films. However, this creature was scientifically very different from the real animal. It was much larger, for a start, comparable to Deinonychus, had no feathers, and was said to originate from Montana, whereas the real Velociraptor came from Mongolia.

Retrieved from "https://reptilepedia.fandom.com/wiki/Velociraptor?oldid=5767"
Community content is available under CC-BY-SA unless otherwise noted.